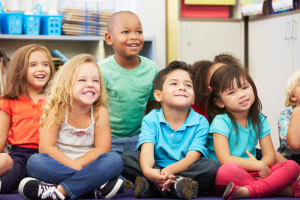 SEARCH had its origin over 25 years ago at the Outpatient Clinic of the Bellevue Psychiatric Hospital, New York where Drs Silver and Hagin worked. It was found that approximately 80% of all the children, 8 – 12 years old, referred to the clinic for emotional and behaviour difficulties, were also severely retarded in reading. Their attempts to understand those children, led them to describe a syndrome which accompanies most learning failure.

In 1949, a tutoring programme was started at the Bellevue Hospital Mental Hygiene Clinic, to offer the best of remedial education at that time. A follow-up study done 10 years later revealed that the same perceptual immaturities discovered 10 years previously, were still present. This follow-up study showed that learning disability is a long-term, “tenacious” problem. Drs Silver and Hagin thus realised the following: “We cannot wait for spontaneous maturation which may never occur or which, at best, may occur so late that waves of failure have already engulfed the child. The result is missed educational opportunities and reactive emotional problems.”

Drs Silver and Hagin hypothesised then that a direct attack on the perceptual immaturities, an attempt to train them out by educational stimulation, could accelerate the maturation of lagging functions and so induce the level of neuropsychological maturation necessary for beginning reading. A controlled study to devise and test methods of perceptual stimulation was conducted during 1964-1968. 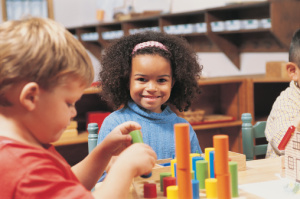 This study showed that deficits in spatial and temporal orientation of the eighty 7-12 year-old boys treated, improved with training. An improvement in oral reading and reading comprehension was also indicated. (Please note: Perceptual stimulation is not intended to be a method for teaching reading, but is directed towards developing the neuropsychological basis for learning.)

In 1969, Drs Silver and Hagin moved their work out of the clinic and into the first grades of the public schools in their area. They chose this point for intervention because it is in first grade that the child’s cognitive development begins to focus on reading. SEARCH therefore evolved from long clinical experience culminating in intensive interdisciplinary examination of all first-graders at Kips Bay School in two successive years (1969-70 and 1970-71). Factor analysis of the data collected helped define SEARCH components (subtests) and to locate the most powerful measures of each component.

The detection of children vulnerable to educational failure led to the following aspect of the programme — intervention. The content of TEACH, originally devised and tested during the perceptual stimulation experiments in 1964-1968, has been adapted for use in resource (remedial) rooms and also with pre-school children. The content of TEACH is therefore the product of many years of discussion, experimentation, evaluation and, revision. Drs Silver and Hagin’s work with SEARCH & TEACH® continues to this day at Kips Bay School in New York. It has been replicated in many other schools across the USA and in other parts of the world.

NILD Educational Therapy® builds efficient learning processes for children who are struggling, in general, at school.

NILD Zimbabwe has been training NILD therapists since 2011. NILD is represented in 30 private schools and there are a number of therapists in private practice. 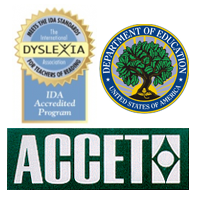